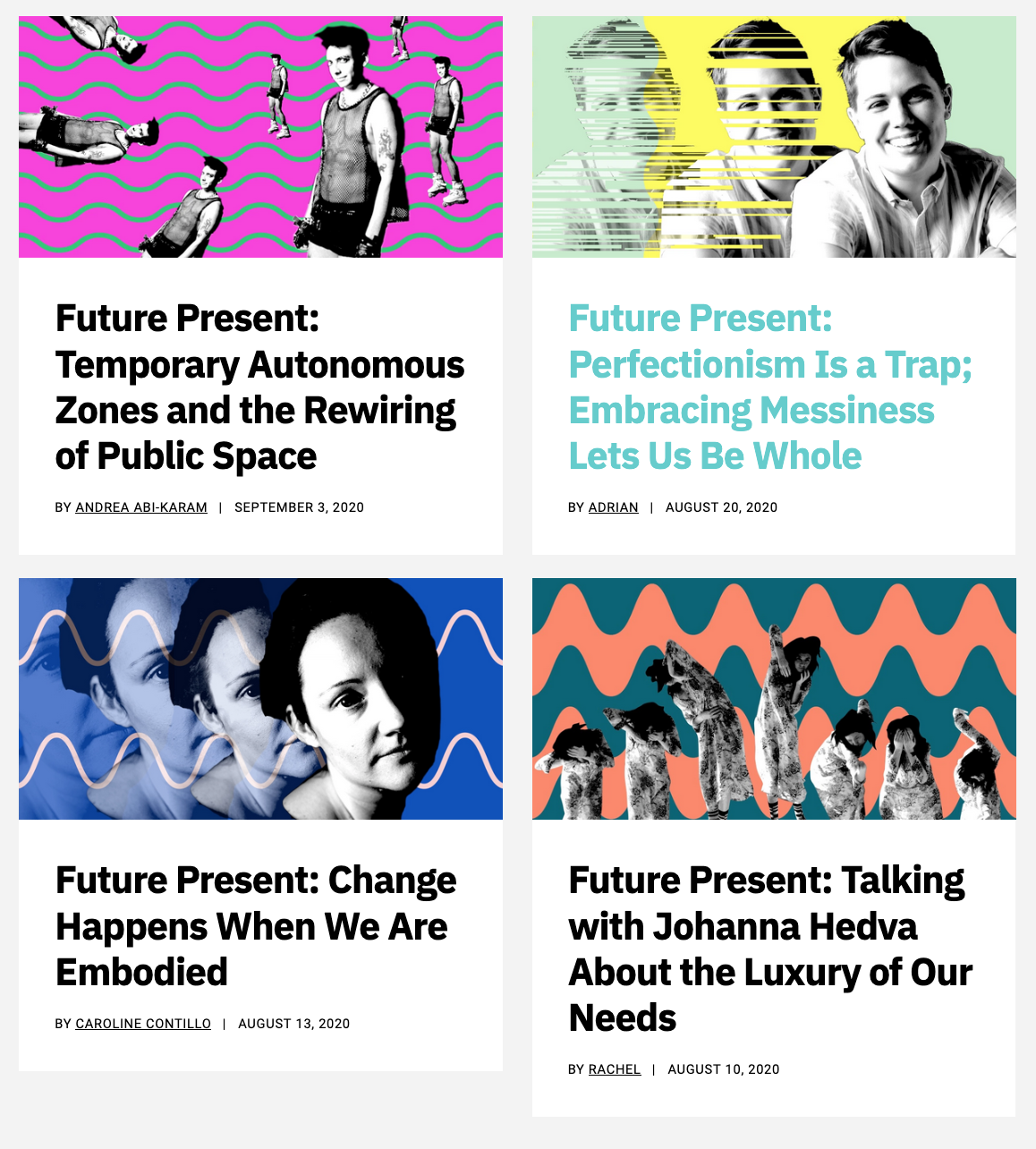 A low-budget indie digital magazine needed to fundraise over $100K at the outset of the pandemic and midst of an uprising, when many members of its base were struggling financially and/or prioritizing giving to their local communities.

It had a complex audience to pitch to - people of different ages and demographics. many based in the US but some international, with widely varying online habits, income levels, and levels of literacy about the financial realities of digital media.

The project also had multivalent goals as far as messaging; it needed to emphasize that without this funding, they wouldn't be able to continue operations and would shut down, but also encourage excitement and buy-in around a new editor-in-chief, inviting donors to invest in a new editorial direction.

In addition to deeply strategized campaigns across social media, newsletters, email blasts, and the mainsite itself, I proposed and executed a dedicated editorial campaign designed to reconcile and make concrete the campaign's messaging. I reached out to a hand-picked list of multidisciplinary artists, writers, creatives and activists and asked for original projects on what a new future could look like, explaining that it would be published in support of the fundraiser.

When their finished pieces —on subjects from ableism and doom to somatic healing to democratizing public space — ran, they were published with frontmatter explaining that this was an example of the type of work we hoped to be able to pay for in the future if we had the funding, and unfortunately would no longer be able to commission if we shuttered, inviting readers to invest in the magazine if they'd like to be able to read more like this in the future. The creatives we worked with shared and promoted their work with us to their unique networks, bringing in new supporters (and their dollars) at a crucial turning point.

Donors responded enthusiastically; feedback included "I’ll be giving more to the fundraiser because of this; abundance over binary scarcity!" and "Wow, if this is the new direction... then we are one lucky bunch."